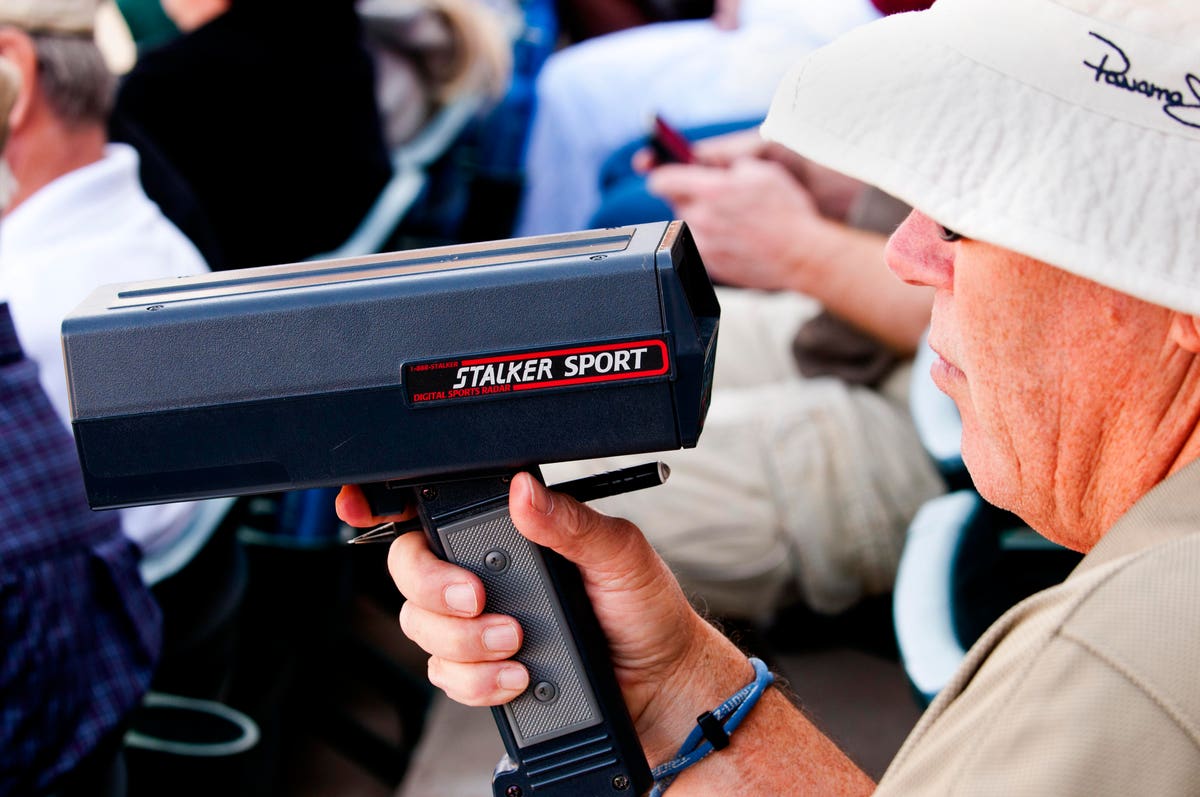 People often ask what a baseball scout looks for when evaluating a prospect.

Back in the day, your correspondent was fortunate to have been invited to attend the Major League Baseball Scouting Bureau sponsored Baseball Scout School.

Invited by the Houston Astros to participate in the very intensive one-week baseball scout training school held in Phoenix, Arizona, this old scout had a chance to learn from scouting masters of the game.

Taught by career professional baseball scouting diehards Donald Pries and Jim Walton and a staff of other scouts, members of the class were all nominated to the school by a major league club.

Mr. Pries passed away in 2019. Jim Walton just turned 85 years old. Their influence upon dozens and dozens of currently active and inactive baseball scouts has been enormous.

Prior to Scout School, this writer had attended undergraduate and graduate schools and even issue-specific classes. None were more difficult and pressure packed than Scout School.

As part of the MLB Scouting Bureau’s Scout Development Program, Scout School not only shared the basics of player discovery and evaluation, it dug into the intricacies and nuances that separated one player from another.

Scout School as it was created, developed and taught as recently as last decade by the Bureau, is no longer in existence. A privately run Scout School does take place, but it is not affiliated with Major League Baseball.

Player evaluation is based upon determining the skills and “tools” a player displays and then evaluating, predicting, and projecting the development and refinement of those skills for the future.

Future projection is the most important component of evaluation. Being able to foresee the subsequent mental, emotional, and physical maturity and skill enhancement of a player is the key to professional baseball scouting.

Baseball scouts rely on their own instincts and knowledge of the game to best evaluate players. They use their experience and trust what they see when filing their reports. They listen to and depend upon their “inner voice.”

Tools Of The Trade:

In addition to their trusty clipboards, baseball scouts are known to have a radar gun and a stopwatch whenever scouting players. What are they used for?

-The radar gun provides the velocity of a pitch from the time it leaves the hand of the pitcher until the ball is struck or lands in the catcher’s mitt. Pries and Walton taught that the importance of the radar gun was to see if the pitcher’s velocity had increased, decreased or stayed the same during the progress of a game. Those variations lead to stamina changes and potential fatigue.

They taught it isn’t just how fast a pitcher can throw, but the consistency of the velocity that matters. High velocity is valued. Commanding, controlling (both defined below) and remaining consistent with the velocity separates pitchers.

The stopwatch is used for a couple purposes:

-The stopwatch may be used to time the runner from the moment the ball hits the bat to the time the hitter/runner touches first base. An acceptable running time for a major league player is in the range of 4.35-4.45 seconds from home to first for a right-handed batter and 4.25-4.35 seconds for a left-handed hitter. Frankly, this observer has seen many more 4.50 to 4.70 times recently. The range is wide. The stopwatch is also used to time the runner from base to base.

The fastest runner this old scout has clocked was Ichiro Suzuki, at a remarkable 3.6 seconds from home to first.

When healthy, Hall of Famer Mickey Mantle is said to have run home to first in 3.1 seconds from the left-handed batter’s box. That is believed to be the fastest recorded time. He was timed consistently at 3.5 to 3.6 seconds.

-The stopwatch is also used to determine how long it takes for the pitcher/catcher combination to get the pitch to the catcher’s glove and then for the catcher to make the throw to a middle-infielder on stolen base attempts.

For example, this scout has clocked pitcher Stephen Strasburg at 1.4 seconds throwing a pitch to the catcher and catcher Yadier Molina at 1.9 seconds throwing to second base. Total: 3.3 seconds. If they played together, that would be outstanding.

Position players are evaluated and graded by scouts on their ability to:

Defend the position well (exhibiting range, flow, and the ability to catch the ball)

Another crucial factor this old scout evaluates is the player’s mental approach to the game. Those are among intangibles.

As a former pitcher, Jim Walton taught Scout School participants to look for the following when evaluating pitchers:

Fastball- Velocity and consistency of the fastball throughout the game. Does the fastball velocity peak and then wane as the game continues? What is the highest speed thrown?

Delivery-are the pitcher’s mechanics consistently clean and smooth? Are there quirks to the delivery of the pitch? Those quirks may disrupt the natural flow and motion, or cause abuse to the arm or shoulder and cause injury? This includes repeating the delivery from a comfortable arm angle.

Breaking (secondary) pitches-Beyond the fastball, can the pitcher throw an effective curve ball, slider, and/or a changeup? Do the pitches break well, are they sharp and crisp or do they have little movement and remain stationary?

Control- Can the pitcher throw strikes and consistently throw the ball in the strike zone?

Command- Can the pitcher repeat the same pitch to the strike zone and catcher’s target consistently or does he lose his ability to control the pitch and miss the strike zone?

Mound demeanor- Is the pitcher in control on the mound, or does he get rattled easily after issuing a walk or a base hit? Can the pitcher “take charge” of the hitter with mental toughness?

After watching the position player or pitcher, the scout attaches a “grade” to each of the skills noted above. Skill grades vary from a low of 20 (virtually non-existent skill) to 80, the absolute best quality grade for the skill.

One ultimate, composite grade of all skills is then assigned. Scouting grades are based upon these fairly universal guidelines:

45- A solid skill, and other fringe skills are evident. The player is used as a utility (substitute) player, 5th starting pitcher or reliever

70- A player or pitcher with game-changing, plus plus ability at a consistently elite level

80- A Hall of Fame type player or pitcher. The best in the game

In general, a Grade 55 and above player will have two or more consistently advanced tools and skills.

It is not enough to just look at skills and tools and then attach a grade to the visual presentation. Scouts have to make subjective evaluations about character, desire to play, desire to win and knowledge of the rules of the game.

Scouts may have only one quick at-bat or one quick look at a pitcher to evaluate a player. Among other non-skill and production items they look for are:

-physical conditioning and physicality including size, shape, fitness and endurance

-bat speed and how quickly the bat gets through the ball

-a desire to win

And those are just a few of the subjective, intangible factors that impact the overall evaluation.

Baseball scouts use extensive algorithms and metrics in today’s player evaluations. There are new metrics that are more sophisticated than those used by scouts of the past. However, player evaluation still boils down to the presentation of the player on the field and the evaluation of that player by someone making judgements and assigning a composite evaluative grade.

Baseball success still comes from being able to hit a baseball, throw a baseball, catch a baseball, run well, and love the game being played.

A baseball scout’s success is determined upon how well he/she can evaluate and project the potential success of the player evaluated. What the scout’s instincts tell him/her about the player matters a great deal. And like playing the game, it isn’t easy.

Watch Diplo’s Desert Dance in Playful ‘Do Si Do’ Video

How Tyler Cameron & Bachelor Matt James Know Each Other

Council Post: How To Lead Your Tech Business Out Of A...