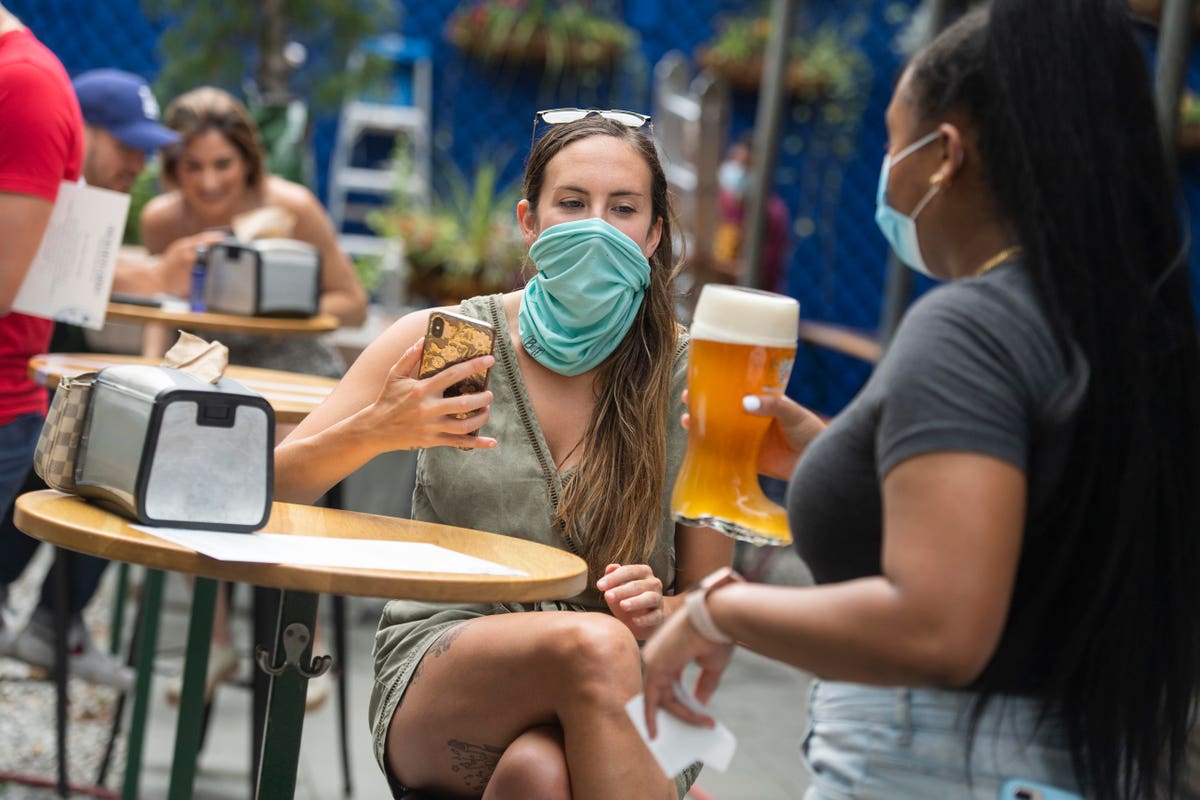 As nationwide stay-at-home orders begin to relax, many bars, restaurants and brewery taprooms across the U.S. are slowly beginning to reopen their doors for on-site service.

As those businesses begin allowing patrons back inside their four walls, the question many operators are asking is just how eager Americans will be to start drinking and dining out once again.

Last month, a survey conducted by Monday Night Brewing in Atlanta suggested that most consumers weren’t ready to jump headfirst into their pre-COVID-19 routines.

Of the 743 customers Monday Night polled, roughly three-quarters said they would wait until June, July or August to drink onsite again despite the fact that breweries in Georgia were permitted to reopen at the end of April.

However, as Monday Night Brewing’s customers begin easing their way back into everyday activities, 61% said they expect taproom visitation frequency to normalize over the next three months.

As they do, they’ll be seeking guidance from health experts at the U.S. Centers for Disease Control and Prevention (CDC) as well as the World Health Organization (WHO).

According to Monday Night, visitors are going to expect frequent sanitation of surfaces, reduced overall capacity and contactless payment options.

While the sample size from Monday Night’s survey is small and not representative of broader consumer sentiments across the U.S., it does serve as a starting point for on-premise operators who might still be questioning what to expect as they reopen.

More recent data from market research firm Nielsen CGA, which last week surveyed 1,300 consumers in Miami, Orlando, Tampa, Houston and Dallas – cities that have lifted shelter-in-place restrictions – suggests that patrons who dined or drank at on-premise establishments in May enjoyed their visits.

According to Nielsen, 88% of respondents said they were “satisfied” with their overall experience. However, just 34% of those polled said they had visited an on-premise space three or more times over the last two weeks, suggesting that even though Americans are beginning to venture out to restaurants and bars, they are doing so more cautiously and with less frequency.

Casual dining chains and independent restaurants were the most popular destinations, Nielsen found, and the occasions were “low-tempo.” According to the firm, 42% of respondents said they had been out for drinks with food, while another 32% left the house for “relaxed/quiet drinks.”

Unsurprisingly, those returning to the on-premise environment are younger. 27% of 21-34 year-olds have visited an on-premise establishment for a drink, compared to just 16% of 35-54 year-olds and just 6% of individuals over the age of 55.

For those still electing to stay home, 45% said they “need more time to feel comfortable” going out to eat or drink, while 22% said they were self-isolating. Another 19% of respondents said they were concerned about their financial situations.

Meanwhile, those who have not returned to a bar or restaurant said outdoor seating (41%) and social distancing measures (40%) will be important factors when they do reemerge.

Brewers Association chief economist Bart Watson recently explored the topic of reopening in a blog post on the trade group’s website, and there’s a treasure trove of interesting data for operators to consider.

One of key finding that Watson cited came from a North Carolina (NC) Brewers Guild survey, which found that 36% of more than 4,000 legal drinking age consumers polled expect to visit a taproom or brewery in the near future.

So, considering the NC Brewers Guild’s findings, and the previously mentioned survey results from Monday Night Brewing and Nielsen, it would seem that somewhere between 30% – 50% of consumers are ready to get back on-premise next month.

Retail And Hospitality Are Being Destroyed By Mathematicians And Modellers

John Krasinski’s ‘Some Good News’ YouTube Series Is Exactly What We...

Anyone For Ukrainian Table Tennis? The Shady Sport That Feeds Online...