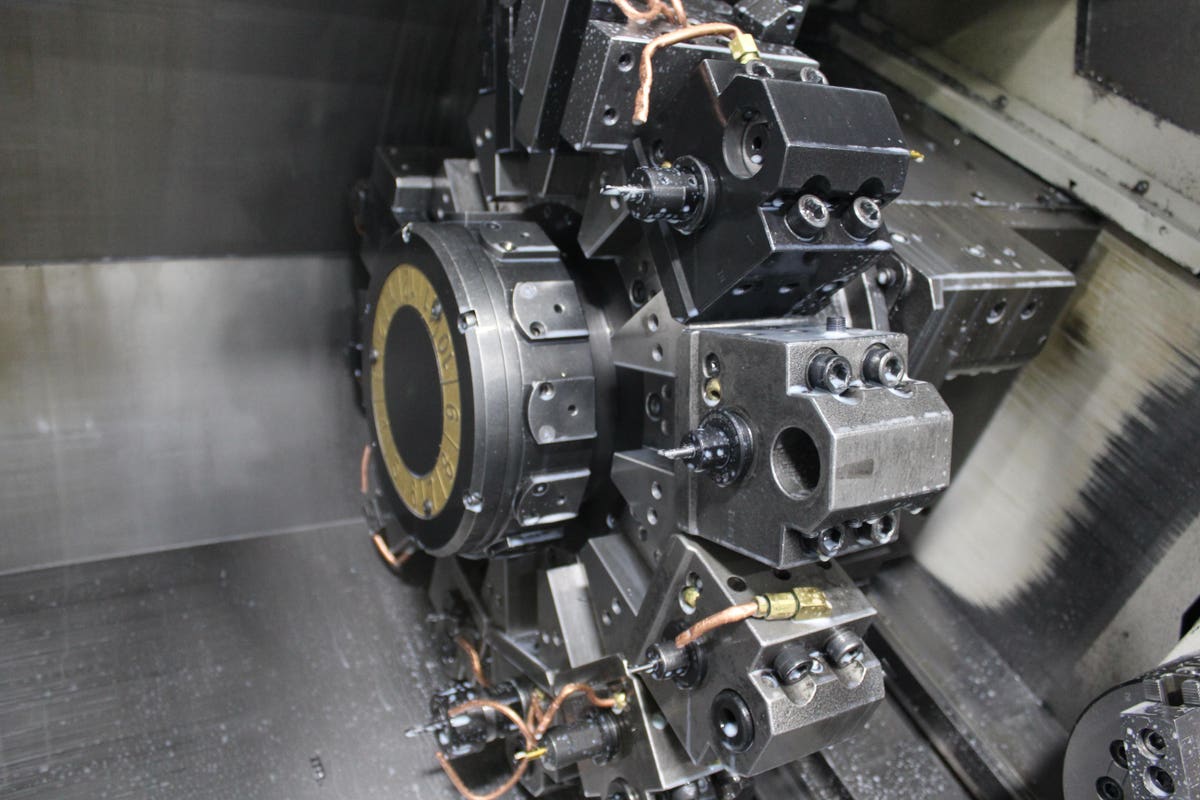 The federal government could fire up some new production lines. That’s what China did.

Swiss watchmakers dropping what they are doing in order to machine precision parts for hospital ventilators. A Chinese manufacturer switching from shoes and fitness bands to masks. Another Chinese firm cranking up gown production lines in four days.

What’s going on over here? The standard response from U.S. companies producing vital medical supplies is: Our factories are working around the clock. We’re doing all we can.

All they can is not nearly enough. They need the money to do five times what they are doing.

Precipart is a firm in Farmingdale, New York that has 270 employees creating custom parts for other manufacturers, mostly manufacturers of medical gear. At the moment they’re working on assignments unrelated to the crisis, but they could switch over to something more urgent, like parts for a ventilator.

What would it take to make the switch? “Orders and a cost-plus mandate,” says Chief Executive Robert Marchese.

3M has a 430,000-square-foot plant in Aberdeen, South Dakota where 650 workers produce medical supplies like the N95 masks badly needed in hospitals. What would it take to duplicate that plant somewhere? How long would it take?

I asked Jian Cao, a professor of mechanical engineering at Northwestern University. Building a new factory can take a long time, she says, because arranging the machinery and setting up the controls and processes is a complex task. But if you are duplicating an existing production line you could move quickly. She cites an example of an air conditioner factory in Zuhai, China that switched to masks in 30 days.

There are hurdles to overcome. Controllers and sensors that run the production line might have to come from abroad—but they are in many cases programmable off-the-shelf parts in ample supply. Specialized fabric for masks might be in short supply, says Cao, but the same urgency to set up new production capacity could apply to them as well.

Mask production would need space and electric power. You could repurpose a factory doing something less urgent, says Nabil Nasr, who runs a manufacturing research center at the Rochester (N.Y.) Institute of Technology. “A lot of companies are hurting. There’s no demand for their products. Shift production.”

Shifting is already taking place in Europe. Besides 100 or so metal machining centers of its own, Precipart draws on subcontractors in Switzerland with a combined 1,000 of those tools. The Swiss outfits are manned by machinists skilled in small-parts work who supply watch companies as well as medical companies. The watch business is dead at the moment. Marchese says these firms are already making parts for European ventilator companies, and could boost output with a third work shift.

For many medical products, including valved masks, ventilators and face shields, you need plastic injection molding. Nasr says that a factory that was spitting out parts for autos or consumer goods could be redirected in a matter of weeks; the water chiller and the hydraulic lines are already there, and the new dies can be quickly cut to order from an electronic blueprint. In some cases, he says, a plastic-parts maker also has insertion or assembly machinery that could be adapted.

How does China ramp up so quickly? “They have the will and the money,” Nasr says.

Money moves things. Clif Moyers runs RbM Services, an Oak Ridge, Tennessee firm whose 46 employees assemble machines for medical imaging and radiation treatment on behalf of other manufacturers. “You can buy down lead time,” he says. Recently a client was in a hurry for output. Moyers asked a parts supplier to cut turnaround from ten weeks to five. “They squirmed. The price doubled.” The RbM client signed off on a surcharge, and the machines got out the door in time.

3M did not respond to my inquiries—if it was too busy making things, I cannot complain—so what follows is not coming from that company. But if it isn’t building another mask factory or another five, it could be out of some concern for how the cost could be recovered. In a year, the extra lines may lie idle.

Says Moyers: “Business can’t afford to have huge capacity ready and waiting for the next disaster.”

It would seem to be an occasion for the federal government to step in. It did in World War II. A typewriter factory turned out gun turrets. A car company made tanks. Afterwards there were audits and some litigation, but the weapons did get made.

The federal government could be arranging right now to cover the costs of incremental production lines for masks, gowns and ventilators. It isn’t doing that in any visible fashion. President Trump has said that it’s up to governors to tackle wartime production.

Twenty Republican senators could speed things up. They could put Pence in charge of fighting the virus.

Coronavirus Vaccine Approval Might Be Sought This Year, According To CEO

Where Are the Adults in the Clubhouse?

Sensex Plummets Over 1,100 Points in Early Trade on Global Selloff

Greg & Deonna Update on MAFS: Where Are They Today?