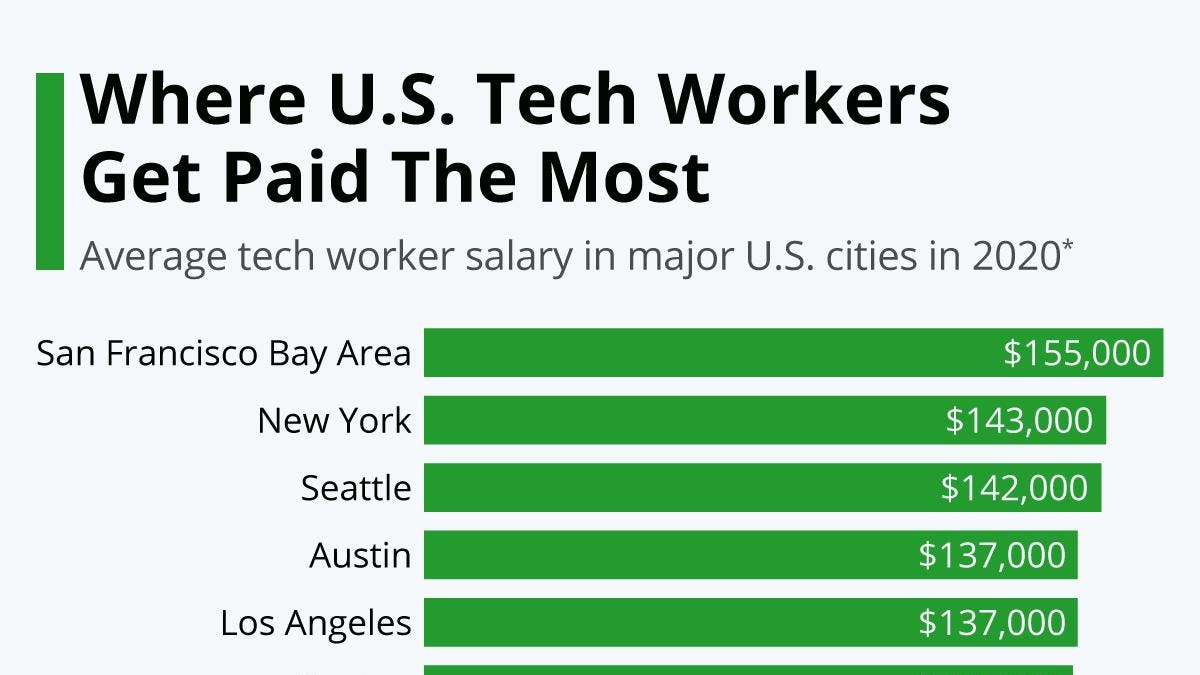 Career marketplace Hired has released its annual State of Salaries report which shows how much tech workers get paid in major hubs across the United States. The company analyzed hundreds of thousands of interview requests and job offers to provide a comprehensive overview of salaries for software engineers, product managers, DevOps engineers, designers and data scientists. It has to be mentioned that we aren’t living in normal times, particularly when it comes to the tech industry, with the COVID-19 pandemic benefitting the business model of some companies while it’s devastating others. For example, Amazon
and Netflix
are thriving while Uber
, Lyf
t and Airbnb have laid off thousands of workers. It is still too early to tell whether the 2020 tech salary findings will remain stable going forward.

Bearing that in mind, the research found that tech salaries grew in every major international market ahead of the pandemic over the past year. Without taking its impact into account, the 2020 tech worker salary in the U.S. averages $146,000 while the global average is $130,000. Unsurprisingly, the San Francisco Bay Area has the highest tech salaries in the U.S. at $155,000 on average, a 7% increase on 2019. While talent there is paid generously, the report of course notes that the region has an exceptionally high cost of living, particularly when it comes to renting and real estate, and salaries often stretch further in other major tech hubs around the country. New York has the second highest tech pay in America, averaging $143,000 (up 8%) while Seattle comes third with $142,000 (up 3%).

‘In My Room’ With Marcus King

Shreya Bhatt - April 7, 2020 0
Marcus King was set to tour throughout 2020, with some dates opening for Chris Stapleton. While his live music plans are on hold, the...

Kacey Musgraves’ House: Where She & Her Husband Call Home