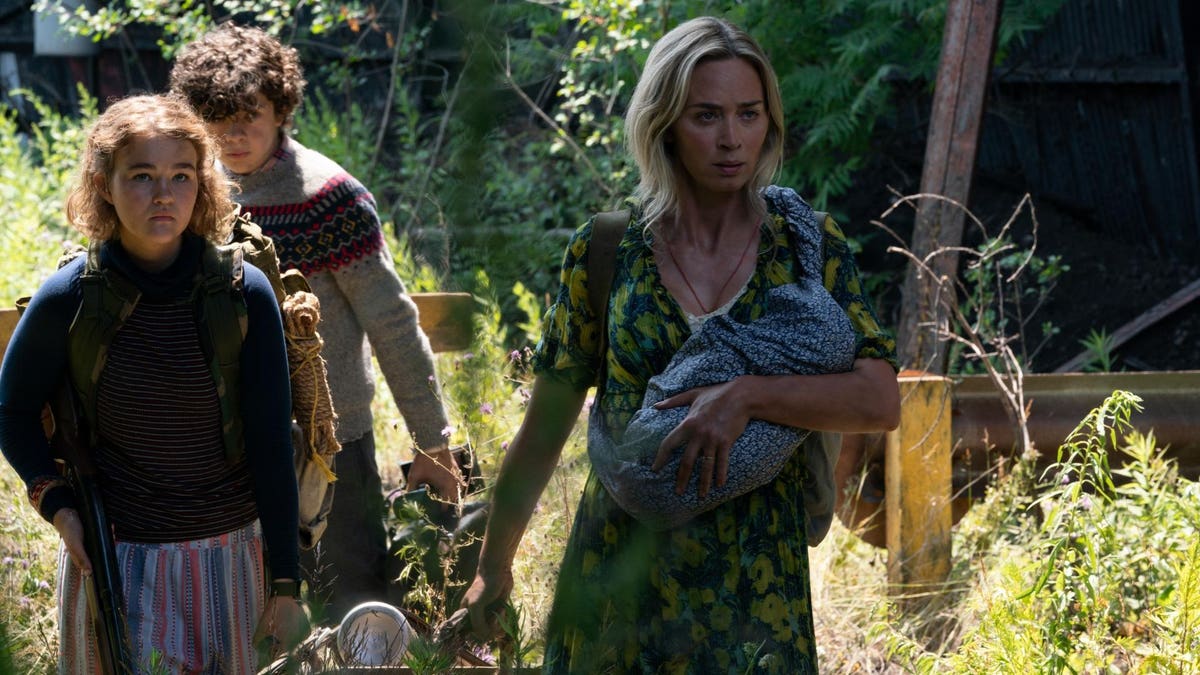 Yes, it’s possible that Mulan and Tenet will stick to their new release dates, and that the films currently slated for July and August won’t be further delayed. At best, and I’m presuming that Sony’s rom-com The Broken Hearts Gallery won’t stay in its current July 17 slot, we’re going to get a single month of would-be “summer movies.” For all intents and purposes, summer 2020 will start on July 31 with Unhinged and the tenth-anniversary reissue of Inception and will end on September 4 (Labor Day weekend) with Paramount
’s A Quiet Place Part II.

That’s not a summer movie season, and I will argue that only the fallacy that it can be is what’s keeping Mulan and Tenet in the “summer months.” Right now, The Broken Hearts Gallery is scheduled for July 17. But it will almost certainly move. Sony bought Natalie Krinsky’s PG-13 rom-com and slated it for July 10, which was supposed to be right between Unhinged (July 1) and Tenet (July 17). But then Warner Bros.’ Tenet moved to July 31 and Solstice Studios’ Unhinged moved to July 10, pushing the Geraldine Viswanathan/Dacre Montgomery flick to July 17.

Of those 13 releases, Honest Thief is frankly tenuous since Open Road just took domestic rights for the Liam Neeson action thriller and may release it at a later date. Screen Gems’ Monster Hunter is still set for Labor Day, but the Milla Jovovich-starring and Paul W.S. Anderson-directed video game flick is absolutely depending on Chinese theaters being open for business. Kevin Costner’s Let Him Go is an under-the-radar release which, if I may speculate, may become the latest Comcast
offering to go to PVOD instead of theaters.

I’m guessing that Unhinged will play in theaters as soon as possible since that’s the film’s entire marketing hook in a nutshell. Ditto The Broken Hearts Gallery, which was purchased specifically to be a theatrical canary in the coal mine. Otherwise, everything else there, especially the smaller films like Bill & Ted 3, Antebellum and (relatively speaking) New Mutants is up in the air. Despite all the talk about this title or that title going to VOD or streaming instead of theaters, Comcast (Universal
and Focus) has been the only major studio aggressively taking this path.

WB tossed one commercially iffy toon (Scoob!) to the PVOD gods. Paramount sold a commercially iffy comedy (The Lovebirds) to Netflix
while sending their SpongeBob toon to VOD sometime next year and Disney threw their surefire bomb (Artemis Fowl) onto Disney+. Oh, and Blumhouse sent Run Sweetheart Run to Amazon
while STX did likewise for My Spy. Aside from Comcast’s Trolls World Tour, King of Staten Island, The High Note, Irresistible, only the ones that likely wouldn’t have set the theatrical world on fire ended up skipping theaters.

Tenet opens during what would be the last week before many kids go back to school, while Mulan will be opening right when kids are going back to school all over the country. And even if those two pull decent business while A Quiet Place Part II still becomes the first-ever Labor Day weekend blockbuster, what we’ll get this year is not a summer movie season. That’s, and this may be the point, a blitz of theatrical releases big and (mostly) small merely existing to give struggling theater chains at least some revenue until late September or early October.

However, it’s also an attempt to create something approximating a summer movie season that’s keeping these big movies from moving to safer dates. Absent the need to fake the notion of a summer season, Mulan could just replace Steven Spielberg’s West Side Story on December 18 just in case the allegations against Ansel Elgort turn out to be true. As for Tenet, Wonder Woman 1984 and Dune (now set for December 18), well, one of those should open on October 2, another should open on December 18 and the third one could be a summer biggie for 2021. Dune is arguably safer as a Christmas release than a summer one.

There frankly isn’t much commercial value in a summer movie season with essentially two big movies that were too damn stubborn to move elsewhere doing their best to mimic a successful theatrical release during a global pandemic. The notion of a “summer movie season” is obviously somewhat flexible, as two of the biggest summer movies of all time (Avengers: Infinity War and Avengers: Endgame) opened in late April. Nonetheless, even if by some miracle Tenet and Mulan stick around, that’s not a summer season, and we need to stop pretending otherwise.

Heading Off The Covid-19 Recession

Basuda, the producers’ delight, the ‘fallen’ man, and my personal courier...